Can you knit or crochet? If you’re here, it might very well be both! Multicraftual making is the heartbeat of the School of SweetGeorgia—weaving and spinning and dyeing. Oh my! For almost a decade, I thought of myself as exclusively a knitter, even though I learned to crochet around the same time I learned to knit. In more recent years, I’ve come to identify as a crocheter, as well, by incorporating crochet more intentionally into my multicraftual cycle.

From Knit to Crochet

The original issue that motivated me to crochet more was ergonomics. Like many SOS members, I don’t feel like myself without yarn in my hands. Unfortunately, my hands are small and holding up a project or doing repetitive motions can cause pain over time. After several repeated strain injuries from knitting (despite adjusting my knitting style and posture over the years to be more ergonomic), my physical therapist suggested mixing up my yarn craft activities to give my hands a break.

I knit with my yarn held in my right hand, but I crochet with yarn in my left. Not only that, but the differences in the way I hold the project itself, the position of my wrist while creating the stitches, and the movement of my fingers are significant enough that I can crochet comfortably even when my muscles and tendons are tired from knitting. 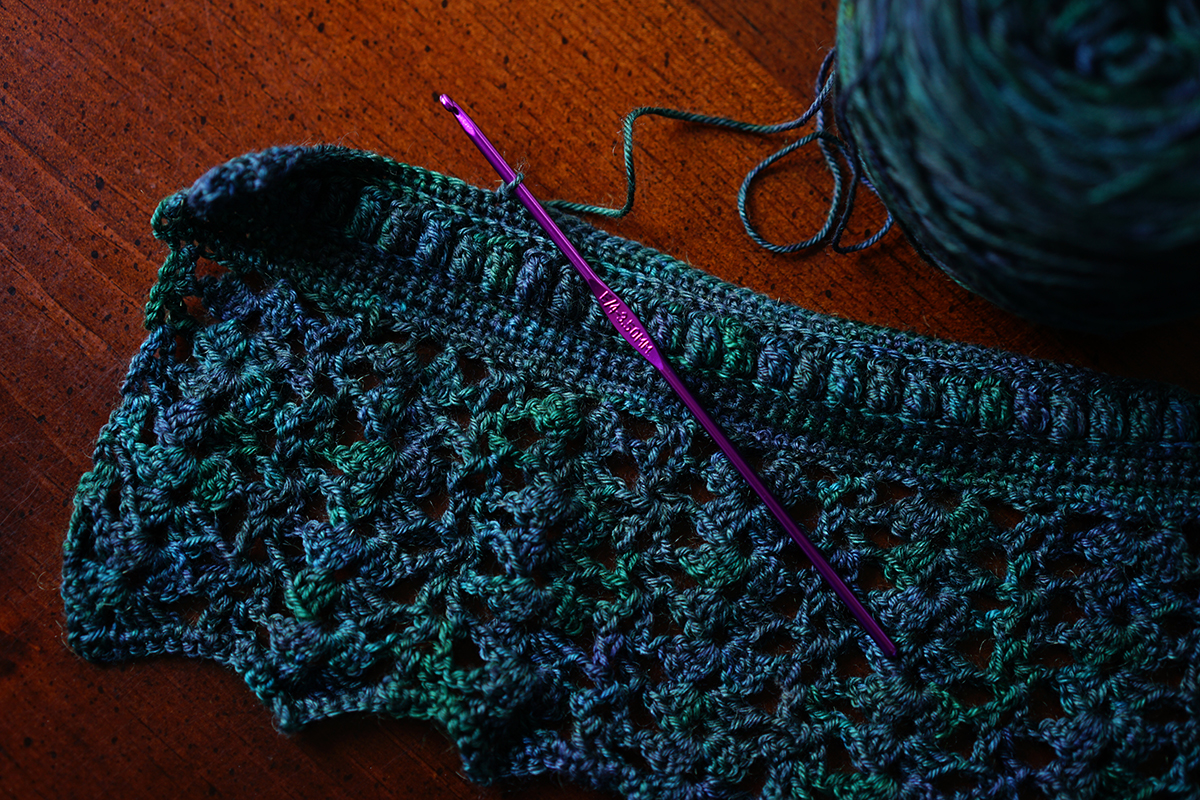 Appreciating Crochet for What It Is

As I explored adding more crochet into my schedule, I also found myself looking at crochet in new ways. When crochet was my “secondary” craft, I subconsciously searched for patterns that had similar detailing and construction to the knit patterns I was used to. However, crochet isn’t a knitting substitute—it’s a unique art form with its own quirks and strengths.

Crocheting more has pushed me to try construction techniques that are more suitable for crochet than knitting, play with the structural possibilities of crochet stitches, and pay closer attention to the way color interacts within crochet fabric. At first, some of these differences were frustrating, since I wanted to produce the same effects that I could create in my sleep with a pair of knitting needles.

I don’t feel like myself without yarn in my hands. Unfortunately, my hands are small and holding up a project or doing repetitive motions can cause pain over time. For instance, crochet colorwork is often less crisp and defined than knit colorwork; trying to replicate the effect of Fair Isle knitting offers mixed results, but that lack of definition can create a gorgeous watercolor look when used deliberately. Tapestry crochet is also better suited to long floats than stranded knitting, perfect for delicate organic motifs. I’ve had a blast playing with the possibilities of tapestry crochet using SweetGeorgia’s Tea Time Party of Five, shown below. 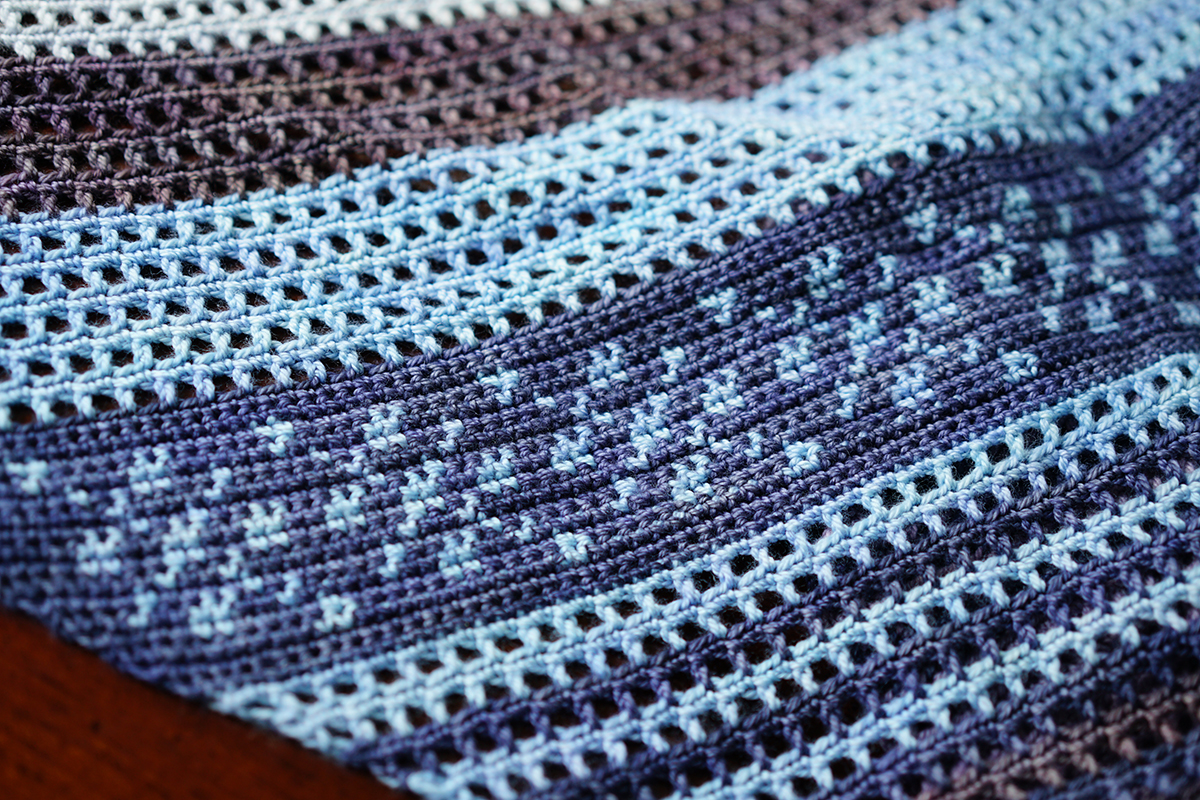 Knit or Crochet? Better at Both

Most ironically, crocheting more has not only made me a better crocheter, but a better knitter as well. Being forced out of my preconceived notions of “how things are done” has taught me things about color, texture, and shaping that I would never have learned otherwise. Adapting shawl-shaping formulas or striping sequences, for example, or my crochet projects has given me a deeper understanding of those methods that can be applied to knitting, where I originally learned them.

Yarn can behave quite differently in crochet vs. knitting; properties such as twist, ply, and fiber content bloom in exciting and surprising ways. Crochet is quicker (yay for taller row gauge!) and easier to rip out without the risk of dropping a stitch, making the whole experience more spontaneous and less stressful. I’ve found myself bringing that same playfulness and willingness to experiment into my knitting too.

Appreciate the Value of Each

Moving out of the “knit or crochet” mindset and appreciating each craft for itself has opened up a world of potential. In knitting, strong increase and decrease lines guide the eye through the fabric. But what about crochet increases and decreases, which recede into the background? The lack of leading lines keeps decorative stitch patterns at center stage. (If you’re interested in trying out some crochet increases and decreases yourself, be sure to check out Charlotte Lee’s new School of SweetGeorgia course!)

Right now, I knit approximately 75 percent of the time and crochet the other 25 percent. While I am always learning no matter the craft, that 25 percent of my time is possibly the most educational and relaxing. It’s helped me realize that even though I’ll most likely always be better at knitting, being intention with my crochet practice makes me a crocheter too. So, knit or crochet? Us multicraftuals know better. It’s always both and with intention. 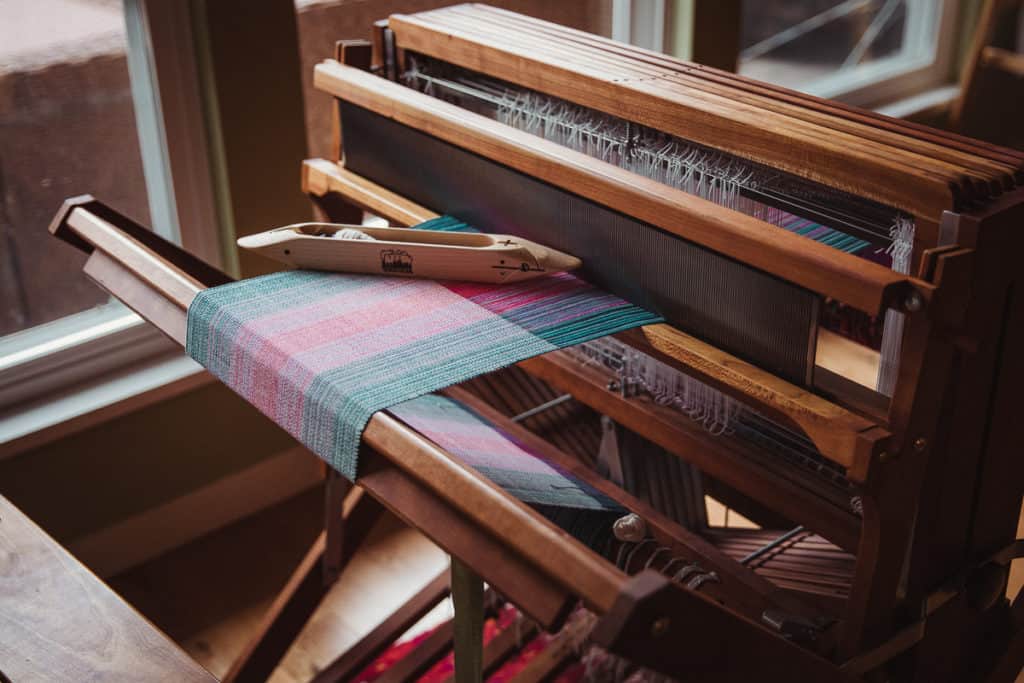 Over the past couple of years, I’ve been asking many of you in this fibre arts community about what struggles and challenges you face. We… 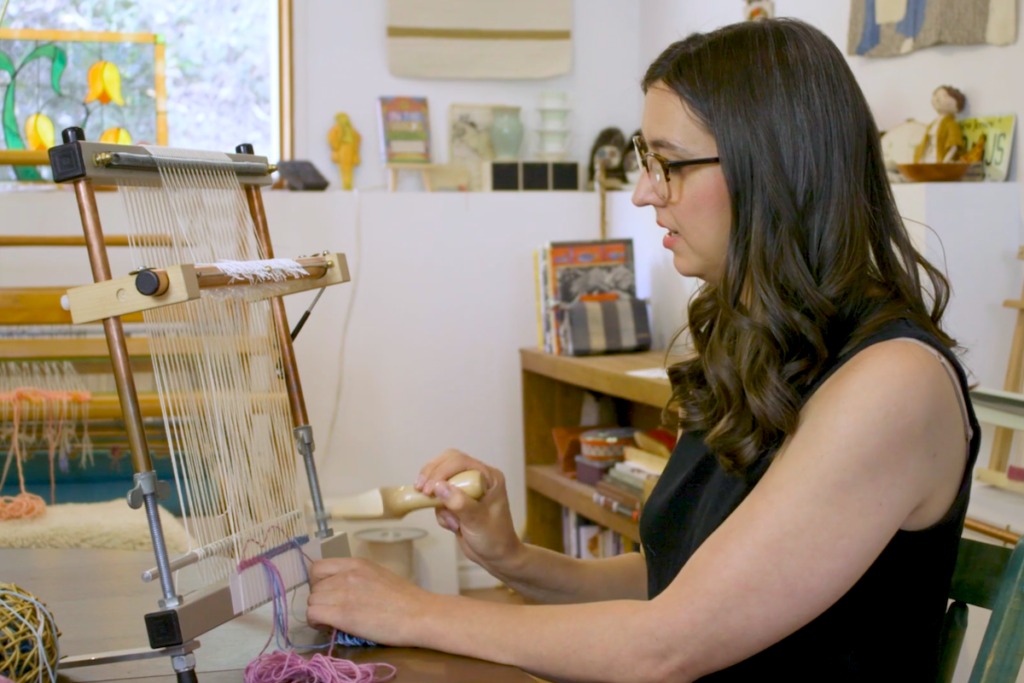 In the second article of this Building Confidence in Tapestry series, we are talking about tapestry looms; what to look for, the pros and cons of the tapestry looms on the market today, as well as some great DIY options. 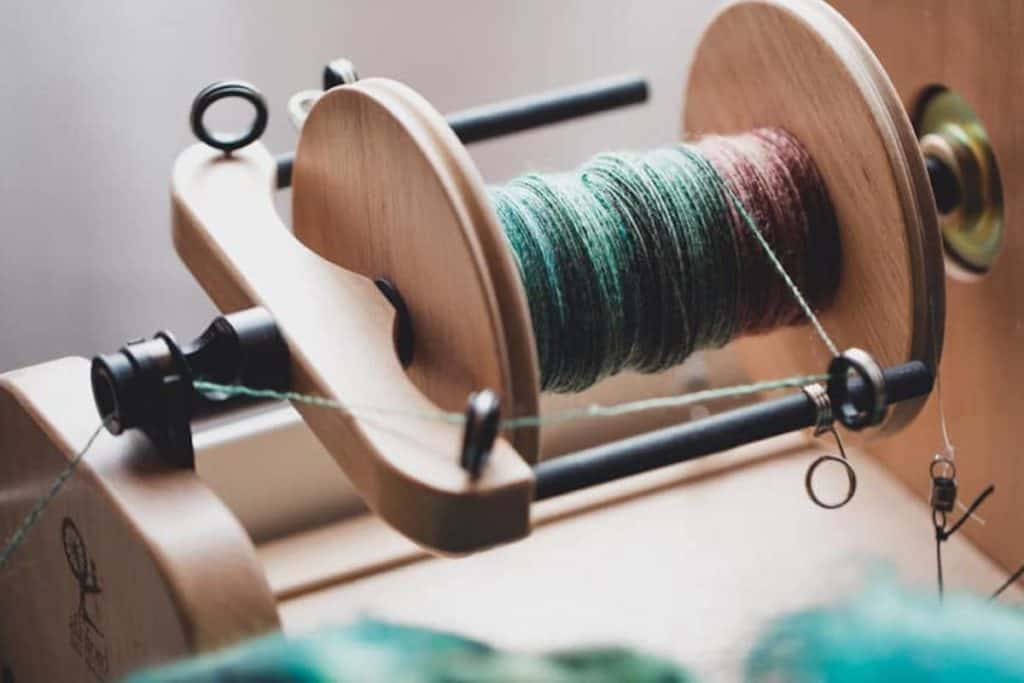 There are many options for e-spinners available now that fit every style of spinning and budget. Compare e-spinners to choose the best one for you. 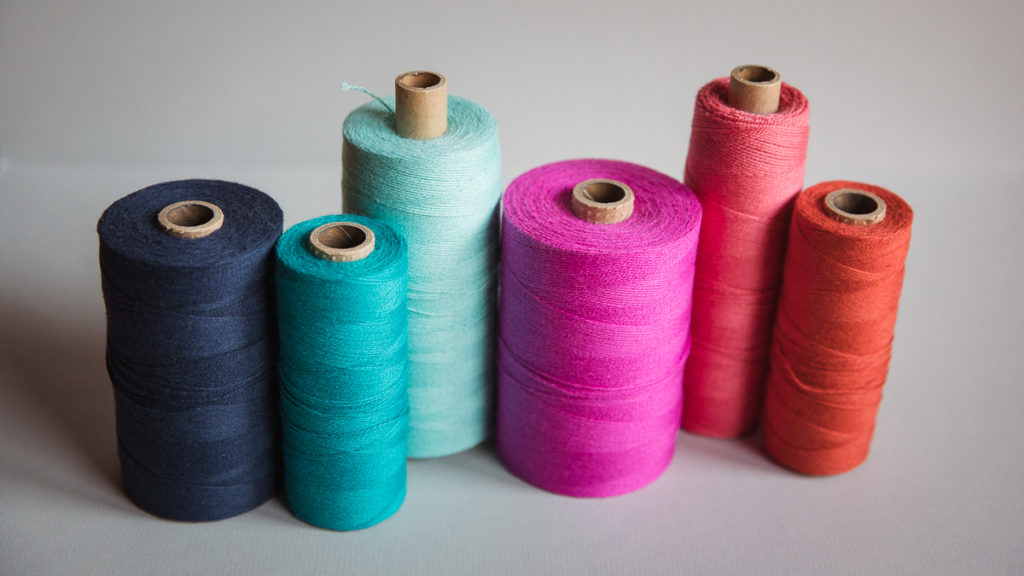 New weavers sometimes have a bit of a challenge coming to grips with the numbering systems used to identify their yarns, and Laura explains all the info needed to break down those pesky number counts. 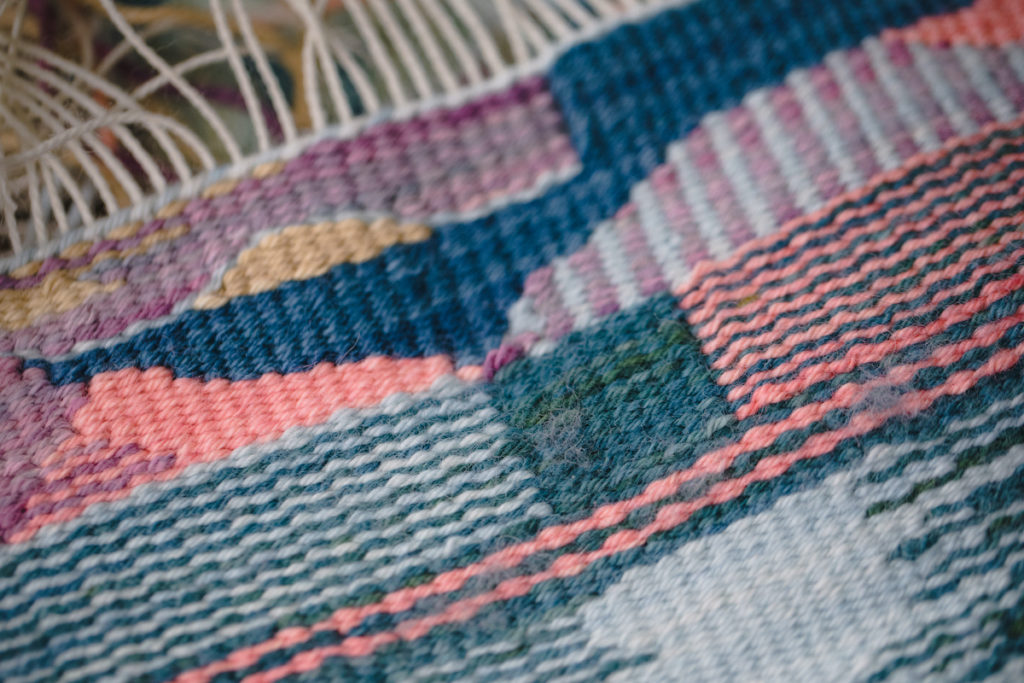 A series of tapestry weaving articles to accompany my video lessons so that I may offer more ways to support you in your tapestry journey. Within this series of articles, I hope to answer some of your questions about tapestry, contextualize some of my video lessons to offer different perspectives, and just talk more about how to be creative within the medium of tapestry.

The School of SweetGeorgia is a combination of fibre arts video courses and a vibrant membership community. We focus on the spectrum of the fibre arts, including knitting, crochet, spinning, weaving, tapestry, dyeing, and more. Join our community of multicraftual makers!

Powered By MemberPress WooCommerce Plus Integration
Clear Clear All